An announcement from the Board: David Stonestreet appointed Principal 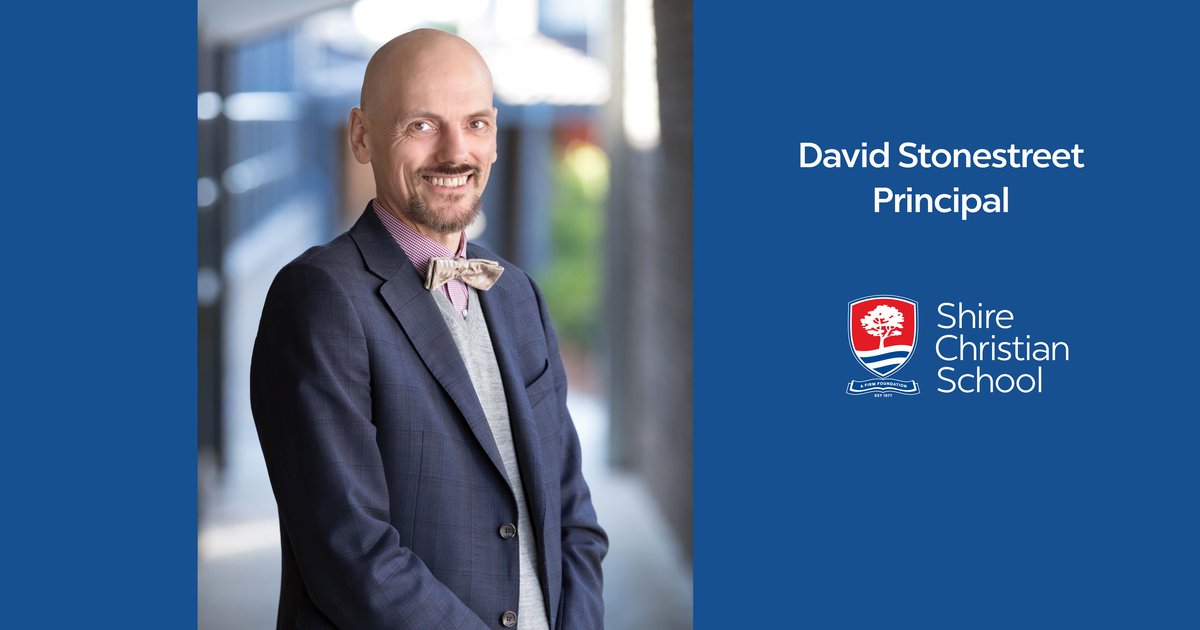 The recruitment process included stakeholder engagement meetings to ensure your voices were heard as to the kind of leader the School should seek.

There were a significant number of applicants for the role, and following numerous interviews with candidates, the Board of Directors came to a unanimous decision.

On behalf of the Directors, I am delighted to announce that Mr David Stonestreet has accepted the role of Principal of Shire Christian School, commencing June 2022.

David is an experienced educational leader who has held many roles at Shire Christian School over 30 years, commencing in 1992 as a music teacher, then Head of Music, Head of Creative Arts, Director of Studies, Assistant Principal Teaching and Learning, before being appointed as Principal in 2006 until illness forced him to step down in 2008. David returned in 2009 as Director of ICT, and then Deputy Principal in 2011. David has been Acting Principal since December 2021, and has led the School with distinction, harnessing the talents and abilities of the staff to deliver on the commitment given to all families in pursuit of the Schools’ mission: To educate students for a life of learning, service and purpose, to the Glory of God.

Through these roles David has gained an understanding on how to develop a Christian School Foundations framework, formed by the School’s Statement of Faith and values that bring a biblical worldview in the curriculum. David has a deep love and understanding of the Shire Christian School community and the importance of parents in partnership and the parent-controlled school model, which is an extension of the home. His values align strongly with the School’s values and he is passionate about guiding Shire Christian School to be a leading Christian co-educational school in Australia. David understands what a future-focused education looks like and the need to be preparing students for life beyond the school gate.

David has studied extensively and holds a Master of Educational Leadership. He has also completed the AIS National Flagship program in leadership, and this coupled with his theological learning has helped him to develop a theoretical as well as a practical understanding of Christian education which is firmly grounded in his Reformed Christian faith.

Please join with the Directors and staff in congratulating David on this appointment and be prayerful for the enormous responsibility placed on him and his Executive as he leads Shire Christian School into the future, to be a school that is Christ honouring, rigorous and intentional, developing critical thinkers who can speak truth grounded in scripture into their communities.