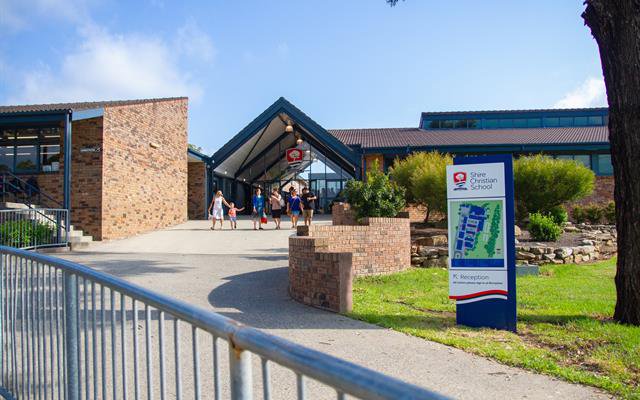 It was a real pleasure and privilege to be able to share devotions with the staff during staff week as we begin this new school year. Until I joined in this activity, I hadn’t realised just how emotionally attached I still am to the life of our school, even two years after ‘retiring’ as Chaplain. God is obviously still powerfully at work among us, giving strength and direction and grace for the task he has entrusted to our wonderful, godly staff.

I could see a parallel between this task and the one given to the Apostle Paul as he proclaimed the eternal and powerful gospel of the Lord Jesus Christ to the people of Corinth nearly two thousand years ago. The demographic of that society was not unlike our own, with its gross immorality and the championing of human wisdom and competence as the hope for the future. It would have been easy for Paul to conclude that, given the background, his task was impossible, and to just give up and walk away from it. But God saw it differently. “One night the Lord spoke to Paul in a vision: ‘Do not be afraid; keep on speaking, do not be silent. For I am with you, and no-one is going to attack and harm you, because I have many people in this city.’” (Acts 18:9). This last phrase jumps out at me! “… because I have many people in this city.” As Paul would later write to the Church he planted in Corinth: “I planted the seed, Apollos watered it, but God made it grow.” (1 Corinthians 3:6). The ‘founding fathers’ of our school community took a giant step of faith about 50 years ago because they believed in the absolute sovereignty of God in salvation. They believed that ‘God has many people in this shire’ who would respond to, and benefit from, the ministry of people who would “keep on speaking” and “not be silent” for his sake.

Their step of faith has borne much fruit (to mix metaphors a bit)! I keep hearing reports from people who have been spiritually blessed by the faithful ministry of our school, and I am so thankful for the many staff members, past and present, who have contributed, and are contributing, so much to this blessing. A family who moved into the area and enrolled their children a couple of years ago told me that from ‘Day One’ they sensed God’s presence in the school environment.

The other thing I like about the Corinthian parallel is the way Paul reminded the Church that God chooses to do his work of reaching those whom he has chosen to be among his people by using ordinary, uncelebrated but faithful servants. “Brothers [and sisters], think of what you were when you were called. Not many of you were wise by human standards; not many were influential; not many were of noble birth. But God chose the foolish things of the world to shame the wise; God chose the weak things of the world to shame the strong. He chose the lowly things of this world and the despised things - and the things that are not - to nullify the things that are, so that no-one may boast before him.” (1 Corinthians 1:26-29) and “For God, who said, ‘Let light shine out of darkness,’ made his light shine in our hearts to give us the light of the knowledge of the glory of God in the face of Christ. But we have this treasure in jars of clay to show that this all-surpassing power is from God and not from us.” (2 Corinthians 4:6-7).

May we all continue to be effective ‘jars of clay’ that God can use to display his glory through the saving power of the gospel.