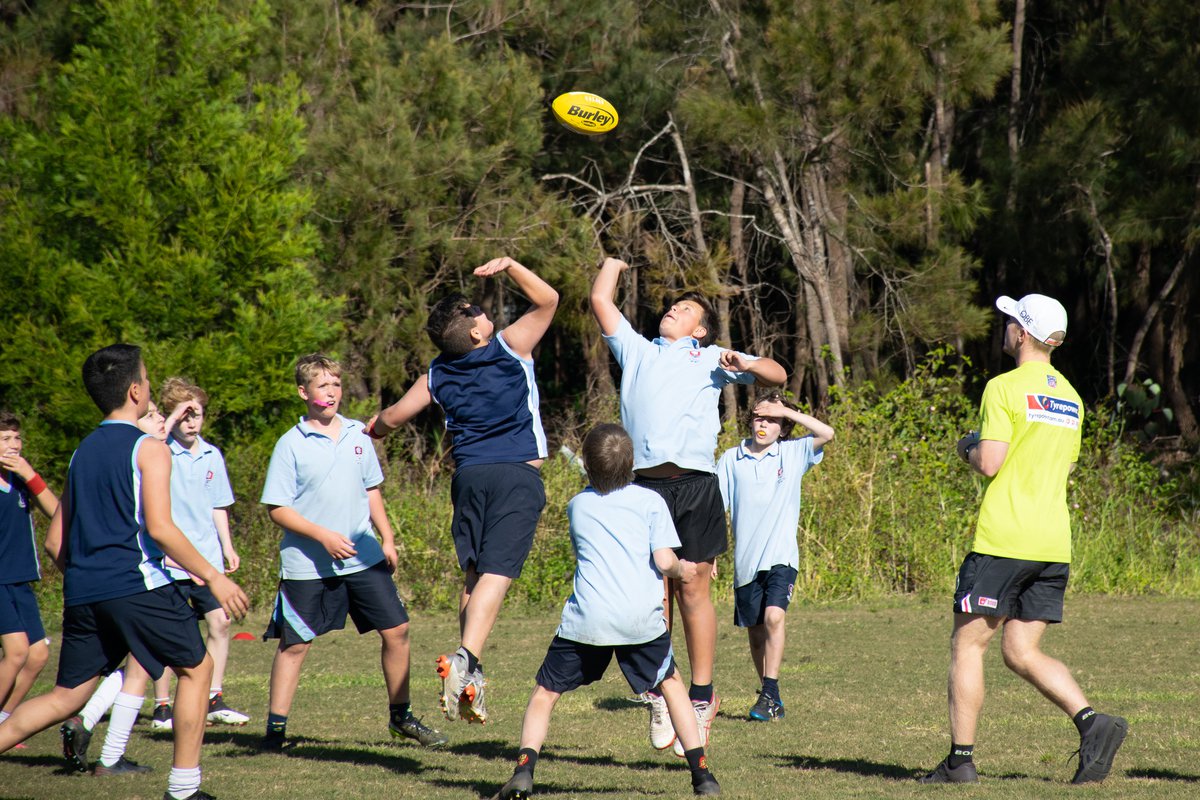 It is not often that primary students get to be part of making history for their school. On Wednesday, June 16, 18 boys from Years 5 and 6 had the opportunity to represent Shire Christian School at the Paul Kelly Cup as the first AFL team put together for our school.

Not knowing quite what to expect, the boys had been training hard in the weeks leading up to the event hoping that we would not only have fun but make our school proud.

The boys exceeded not only their own expectations but also the expectations of other schools attending AND the event organisers. Playing four games against Gymea Bay PS and St Spyridon College, the boys from Shire Christian won their first three games 56-0, 32-9 and 34-2 respectively before going down in a thriller [19-7] that went right down to the wire. This loss unfortunately meant missing out on the finals and while there was disappointment as we had come so close, there was great pride in what we had achieved. Fun was had all round.

Lucas Cross was voted Player’s MVP although he was one of many high achievers on the day. We are already looking forward to the Paul Kelly Cup Gala Day 2023 where hopefully Shire Christian AFL will build on the foundation we lay this year and go one better!

The players who were part of this history-making team were: