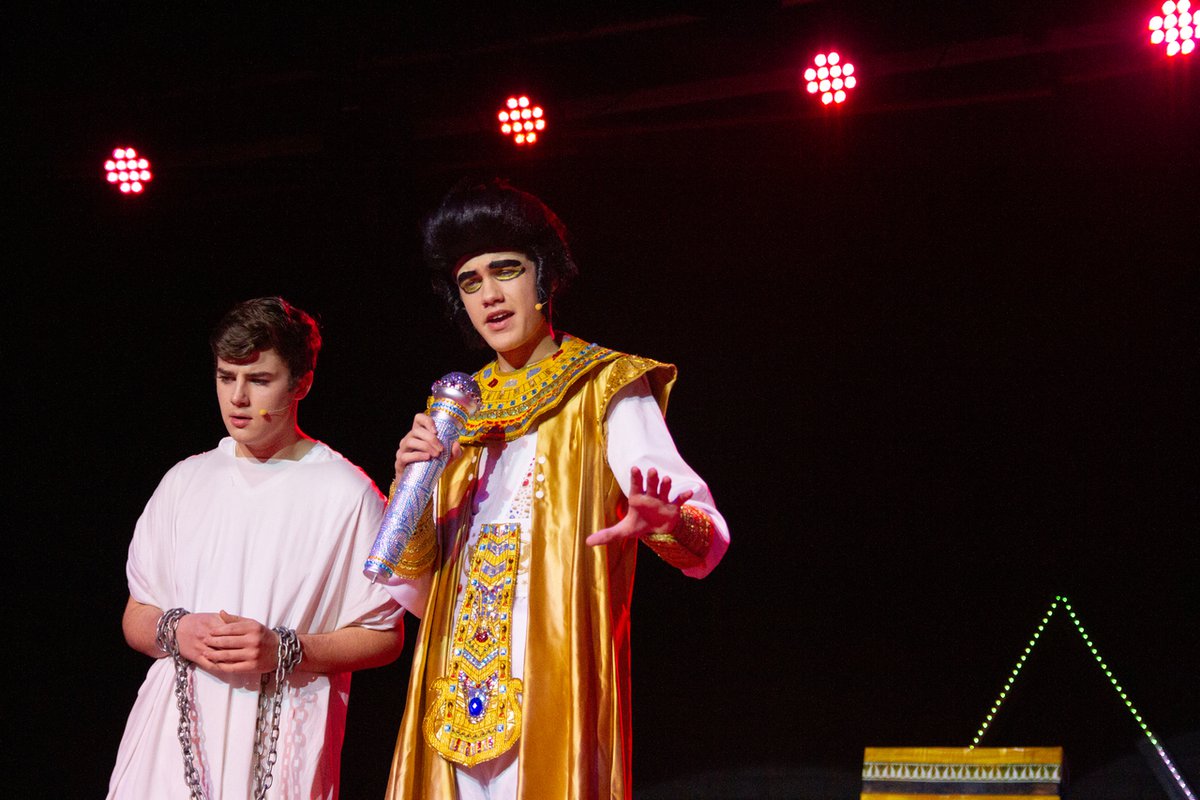 An outstanding cast of Junior and Secondary School students performed the the multi award winning Andrew Lloyd Webber and Tim Rice musical, Joseph and the Amazing Technicolor Dreamcoat, to sold-out audiences this week.

The show was initially cast in 2019 but was put on hold as health restrictions were introduced.

Director and producer Kathryn Breen said it had been a long journey with Joseph but was grateful to God that the musical could finally be shared with the school community.

“There were times when it was a challenge for me to keep going and I also wondered if it was the same for the students. But each week they came to rehearsal, whether it was in person in the hall, spaced out across the playground or on Zoom - they were there. During this protracted process these students have reflected many of the same qualities that we see in Joseph. I am incredibly humbled by the example of tenacity and perseverance that they have shown us all,” Mrs Breen said.

“One of the hardest things last year for so many was the feeling of isolation that rippled across the globe. In the show we see Joseph experience a similar feeling of being alone. As he languishes in gaol for a crime he didn’t commit, Joseph earnestly sings ‘Children of Israel are never alone’. He is comforted by the knowledge that God is with him,” said Mrs Breen.

Principal Brett Hartley said he was very proud of the efforts of everyone involved.

“Musicals are a fabulous opportunity for students to express their creative talents and to provide enjoyment for others. I’m thrilled that we are finally able to put this musical on for our community, with a large cast of over 80 students from across our Junior and Secondary School,” said Mr Hartley.

The production is accompanied by a live orchestra and features a student who graduated from Shire Christian School in 2020. Amy Crean has returned to play the role of Potiphar’s wife.

“Not only are we able to provide for people who have missed out on tickets and for those who find it difficult to make it to an evening performance, we are also excited to give students experience operating cameras under the instruction of a professional broadcast director,” said Geoff Miller.

Tickets to watch the Friday livestream can still be purchased up until 7pm on 11 June at shirechristian.nsw.edu.au.